As we work to reopen St. Joachim Church, it’s not an easy road to walk. But the rewards are well worth it! I have gotten to know so many wonderful people, connected with St. Joachim and not, but caring about the fact that anytime a church is closed, the candle of faith burns less bright! But we are tenders of that light and it is up to us to keep it burning bright – in spite of not having our beloved church. We are like the other believers who, after Jesus was crucified and His followers were persecuted, scattered to other parts of the world and became the first missionaries. We merged with Holy Innocents who have been very welcoming to all who have lost their church – we of St. Joachim, Mater Dolorosa, St. Joan of Arc and last year, Ascension. But we also have many people looking for that “spiritual home” mentioned in an earlier post. We hear each other talking about being “Roaming Catholics” (Maureen and Agnes) instead of Roman Catholics.

I came across this article in the Oblates of St. Francis de Sales’ Pillars of Faith section on their website where Father Kevin Naldoski, OSFS, Director of Communications and Development, wrote “Eulogy for a Church” based on Father Steve’s sermon and Judge Timothy Savage’s own “Eulogy” at our last Mass on June 30. I thought how we are coming up to the one month anniversary so very quickly. Father’s words so eloquently say what we have been living, what we have been doing.

“Yet, our Spirit is bigger than any one place. Perhaps that is why Jesus was able to appear to his disciples in a locked room. God cannot be limited to any one space. God is larger than that. So are we.”

You are so right, Father! Psalm 77:13 “God, your ways are holy! What god is as great as our God?” Our prayer is that we always walk in holiness in all we do, in all we are!

In a wide ranging interview on September 6, 2012 with John Allen of the National Catholic Reporter, Archbishop Chaput went into depth about his first year.  You can read the entire interview here.  It is the best I have come across and gives some perspective.  Still this quote comes home:

Have parishes and schools at risk of being closed been informed?
I’m committed to telling them. We have reviews of many of our parishes going on now, and it’s been my insistence that the parishioners become part of those reviews so they can know what the problems are and suggest solutions.

People won’t be surprised [if their parish or school is closed], but they’ll still be angry, I’m sure. If they are surprised, it’s my fault.

Mater Dolorosa and St. Joachim parishioners are the case that proves the point.  As I said before, nobody was surprised that a church was closed but nobody expected the decision to close both churches.

We were not part of the process.

When the history of this episode is written, the issue at the top of the list will be the money.

Harold Brubaker, in the Inquirer on July 5th, lists the financial woes that drive Archdiocesan financial planners.  Years of financial mismanagement have brought it to the brink of bankruptcy.

There has been a problem with balancing the books every year.  If they came up short, in the past they borrowed.  That might mean not paying into the retirement fund.  That solves the cash flow problem for a year but kicks the can down the road.  The result is listed below.  The long term liability could be $354 million or more.

$82.0 million – Shortfall from the trust-and- loan fund, which invests or makes loans from money collected from parishes.

$30.4 million – Shortfall from a self-insurance reserve.

The $82 million gap also includes investment losses and reserves for bad loans to some parishes.  The plan to pay that money back by selling real estate was formalized last year in a promissory note, essentially an IOU, to the trust-and-loan fund.

Translated into English, this means that the Archdiocese made loans to parishes that are not going to be repaid and some bad investments.  They have not fully funded the retirement accounts for lay or priests.  This is something that a lot of companies and governments do because its easy in the short run.  In the end, that money is owed and has to be made up.  Guess who is going to pay the bill.  There is nobody else, it is you.

The issue is clear enough for now.  They closed Mater Dolorosa and St. Joachm, both of which were financially self sufficient.  Why would they do that?  I believe the idea was that those assets would be better used by transferring them to another larger parish.   Small parishes like ours are expendable.

On the other hand, some may be too big to fail.  Does that sound familiar.  From Harold Brubaker and the Inquirer on October 1, 2012:

St. Martha, which was founded in 1966, was also far behind in its assessments, insurance bills, and pension payments. Those debts were $2.1 million on June 30, 2011.

The Rev. Alexander Masluk, pastor at St. Martha, said in an interview this month that parish debt “is not growing at the same rate it was. We’re on a five-year plan that we put in a year ago to stop the bleeding.”

It is rare to get this kind of detailed information at the parish level but it should be made public.  It would be good to see for all the parishes involved in closings or mergers.   If small self sufficient parishes in the city are being closed to pay the bills of parishes in the suburbs, they should know the truth.

Locked out of their church by the Archdiocese of Philadelphia, St. Joachim parishioners are not deterred.  Regular prayer services are conducted at the times Mass used to be conducted before the lock out. 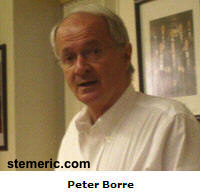 It just might be Peter Borre. He is our canon law consultant working with our Italian lawyers to appeal the decision in Rome to close St. Joachim Roman Catholic Church here in Frankford. Along with Mater Dolorosa, these two Churches no longer serve the Frankford community. Their loss has touched not only us but our community as well.

It has been my pleasure to talk with Peter on the phone. He is caring, insightful and tireless in his efforts on behalf of those he tries to help. I’m glad he’s on our side. Here is an article from last year’s Daily News about Peter’s work and those he is helping. Titled, “National Advocate Could Be Local Parishes’ White Knight”, foreshadowed many of the current events happening in the Archdiocese.

One of the Vatican’s top priorities is the “re-evangelization” of church members who have “drifted away,” he said, but the Archdiocese “is going in the wrong direction.

While we are focused on our own issue, it’s important to note that it was a process that lead to a preordained result.

Holy Saviour in Linwood and Immaculate Conception of Lourdes in Marcus Hook suffered the same fate.  Their story reads like our narrative.

Calling the process “terrible,” committee member Janice DiMarino said in her opinion, the closing was predestined and predetermined.

“It really didn’t matter what we did or said, the decision was made that our church was closing and that was the way it was going to be,” she said. “I worked in the corporate world for many years and I have never seen such a lack of communication.”

It is a great read but here are some excerpts:

St. Joseph Sr. Elizabeth Hill might be the most petite college president in the United States, but she brings a truckload of credentials and creativity to the faculty and students on two widely separated campuses of St. Joseph’s College in New York. Since assuming that position in 1997, she has become a valuable, deeply respected influence in the Fort Greene-Clinton Hill section of Brooklyn and beyond…

What in contemporary Catholicism encourages or distresses you?

Contemporary Catholicism can mean many things. If you are referring to the institutional church, I think it is in a very sad state, in which there’s little room for the real values of the Gospel, or even basic humanity. The hierarchy has strayed so far from the path of service, social justice and care for the poor that it’s impossible to take their efforts at leadership seriously. I am cautiously optimistic that Pope Francis may make some difference, but he’s clearly quite conservative, and I wonder if he will make the changes necessary to get things back on course.

On the other hand, if you mean all the things that are going on “in the trenches,” I feel very differently. The laity is alive and well and ready to take on leadership roles, if only the bishops would let them. I hope that someday (soon?) the bishops will realize what great allies they have right at hand and will be open to much fuller participation of the laity in all aspects of church life, including worship.

Is there anything you would change?

As I mentioned, I would love to see the role of the laity expanded so that the church is really the church of the people, not just for the people. There are so many gifted, generous people out there, yearning to contribute their time and talents, yet all they are being asked for is their treasure. The bishops are being narrow and shortsighted, alas!

Read the entire interview at this link. 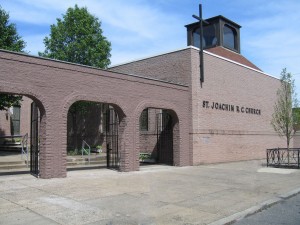 I have been researching the Archdiocese’s Parish Pastoral Process which failed the faithful in Frankford – miserably. It has taken a little over a month to put the pieces of this puzzle together. We will tell the story. We also want to save future parishes from this obviously flawed process. I came across this post on CatholicPhilly.com and found Franciscan Sister Katerina Shuth’s explanation of changes in parish life pertinent. In her lecture, “Shaping Parish Life: Ongoing Influences of Vatican II and the Catholic Common Ground Initiative“, Sister used the life of Monsignor Phillip J. Murnion to illustrate how parish life has changed from 1963 to now. Monsignor was the founding director of the National Pastoral Life Center in New York and this later became the home of the Catholic Common Ground Initiative. What hasn’t changed is what the best pastors know:

Msgr. Murnion’s efforts to envision and support vibrant parishes relied on a deep understanding of the Incarnation and a commitment to dialogue, partnership and collaboration among all levels of the church, Sister Schuth said.

Monsignor passed away in 2003. Monsignor Murnion, pray for us, as we try to find the “common ground” here in Philadelphia. Read all of the story at People Long for a Spiritual Home, an Inviting Parish, Says Franciscan Nun.

From the Northeast Times:

The overview of their case was sent on July 3 to the Apostolic Nunciature of the Holy See to the United States, based in Washington, D.C. The appeal will be forwarded to the Vatican’s Congregation for the Clergy, and there is no timetable for a final decision.

The former parishioners have raised $4,805, with another $1,000 pledged. That’s about half of what their total legal bill is expected to be.

The archdiocese did not consider any appeals in the month between the announcement and the closings.

Read the rest of this story at this link.

Catholics lost both churches in Frankford on June 30th as a result of the Archdiocese decision to close Mater Dolorosa and St. Joachim.  The reasons given for closing both churches are feeble at best and false at worst.

You might take a look at the other 30 plus churches in Frankford that have remained open.  They are large, small and everything in between.  I took a tour this past Sunday to take some pictures.  They are active and looks like they will remain so.  And still the Archdiocese of Philadelphia walks away from Frankford.